Local Liberal Democrats have expressed their anger at Norfolk’s Conservative MPs and the government, after the recent warning from the Environment Agency that swimmers should avoid Wells beach due to a pollution risk.

On Monday, the Environment Agency told swimmers to avoid four beaches on the Norfolk coast due to a pollution risk, including Wells-next-the-Sea. This follows a summer of sewage pollution that has plagued beaches across England due to raw sewage discharges from water companies, which the government willfully allows.

The Liberal Democrats have called for a “sewage tax” on water companies to pay for cleaning up polluted rivers and beaches. They have also proposed a ban on bonuses for water company bosses while sewage discharges continue. Anglian Water paid out a bonus of over £300,000 to their chief executive last year.

“My community and I are furious that this government’s inaction on sewage discharges means that our precious beach is now deemed a pollution risk by the Environment Agency. Wells is one of the jewels of the beautiful North Norfolk coastline, and it deserves far better than to be used as a dumping ground by private water companies.

“The Lib Dem-led District Council works incredibly hard to protect our beaches, including the numerous blue flags we have secured along our coastline. It is heartbreaking to see that work undone by these Conservative-endorsed sewage discharges.

“I’m sure that when residents in Wells go to the ballot box, they will remember that their Conservative MP could have voted to end these discharges, and instead he put his party ahead of the wellbeing of our community by blocking those measures.” 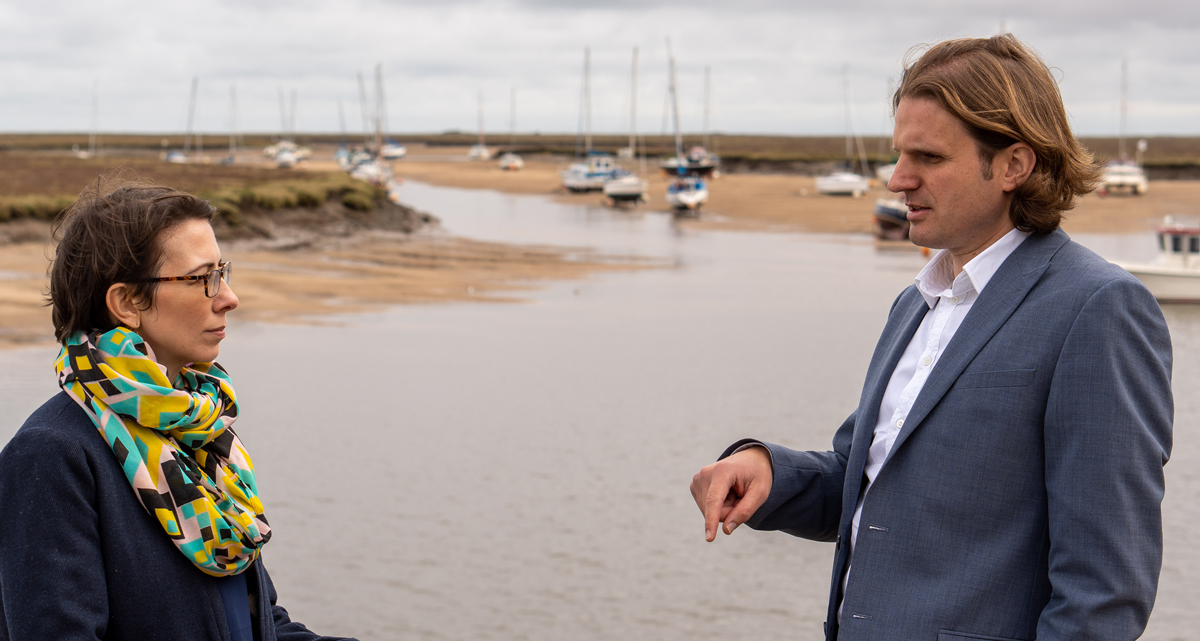 “Our coastline is one of the things I love most about our special corner of the world. I've spent many happy days playing with my kids here at Wells, and the thought of my, or anyone's, children building sandcastles next to human waste disgusts me.

“Rather than standing up for seaside communities, our MP has sided with profiteering water companies and toed the party line to vote against ending sewage discharges, at great expense to our environment.

“Over the summer, seaside towns affected by sewage pollution saw their businesses lose revenue as tourists were put off from visiting their beaches. In the middle of a cost of living crisis, where our local businesses are under an immense strain already, I am fearful that without proper action on sewage pollution we could see this hitting North Norfolk’s communities.

“The whole thing stinks! It’s time for the government to step up and take some urgent action on this crisis. We cannot be seeing huge bonuses paid out to water company execs while they pollute our rivers and seas. Instead, these companies should be forced to pay to clean up the mess they’ve made, and prevented by law from continuing to dump waste into our precious waterways.”