Membership of North Norfolk and Great Yarmouth Liberal Democrats has risen by 20 per cent since the Euro Elections in May.

The local party increase, which is continuing to average about three new members a day, reflects a notable national Lib Dem surge which now makes the Party the biggest it has ever been. Total membership currently stands at well over 105,000, with 17,000 of these joining since the local elections on 2 May. 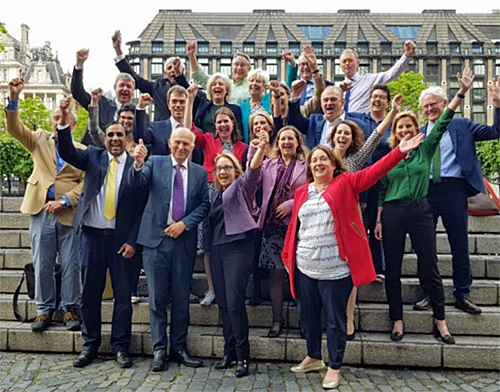 The past month saw further records broken by the pro-Remain Lib Dems. More councillors were elected in May in one set of local elections than ever before. These included the 30 Lib Dem councillors who gained control of North Norfolk District Council. The Party also went on to win more MEP seats than ever (16), including the two Lib Dem seats won in the East of England Region by Barbara Gibson and Lucy Nethsingha. In addition, the Lib Dems topped a nationwide Westminster voting intentions poll for only the third time since the 1980s.