North Walsham is the largest town in North Norfolk but was neglected during the years of Tory administration. Significant development and improvement is now being progressed including the Heritage Action Zone and improving the public realm in the town centre and evolving plans for a western relief road as part of the Western Extension under the emerging Local Plan. Read on for more 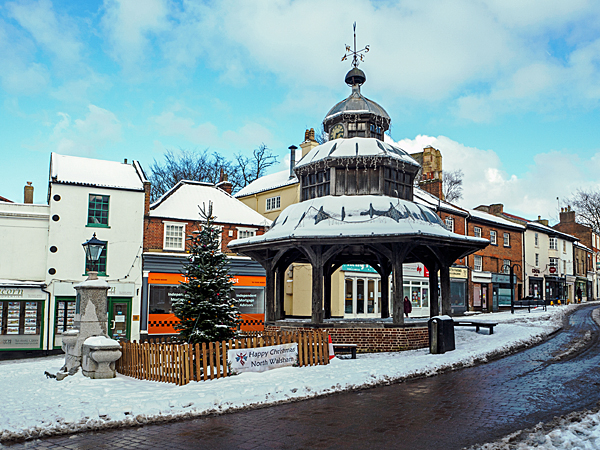 Planning for the implementation of this ambitious town centre improvement project continues. The latest step forward is that architectural investigators from a major funder of the project, Historic England, are about to conduct a detailed study of the historic buildings in the town centre. The investigators are keen to hear from anyone with historic photos or information. The aim of the study is to help inform the revitalisation of North Walsham and celebrate the town’s unique character. A media release has been issued and it has been shared with the Town Council. Organisations/residents with information are invited to contact the District Council’s Project Manager Jenni Jordan.

The District Council in late December completed the purchase of three new industrial buildings at Hornbeam Rd. The Council did this as it continues to receive demand for its existing industrial units on the Lyngate industrial estate and needs to add to its existing stock. The Council believes it will help to secure opportunities for businesses to locate in North Walsham and provide local jobs. The rent from these premises will also provide welcome income to the Council.

In the Districts Council’s draft Local Plan for how land is to be used for the next twenty years a major housing development on the western side of the town (around 1800 houses) has been proposed to meet expected targets set by the Government for new housing in the District. The land allocations have now been agreed and are broadly those indicated in the earlier consultation - the land beyond the end of Nursery Drive (mixed use), the western extension area between Cromer Road and Norwich Road and land north of Cromer Road either side of Link Road (mixed use) plus an extension to the industrial estate.

Local Cllrs along with the Town Council have consistently argued that such housing growth must be accompanied by improved infrastructure including new roads and in particular a road linking the industrial estate directly to Cromer Road and on through the Western Extension to Norwich Road. Not only would this remove heavy vehicles from unsuitable town centre roads but would open up new areas for business and economic growth.

It is pleasing to report that a joint Norfolk County/District Council study on the need for these new roads has been completed and was discussed recently with North Walsham County and District Council members. It found that a new link road was required linking the Norwich and Cromer Roads. More importantly, it found that in order for there to be a real improvement in the flow of traffic with this housing growth the proposed link road needed to be extended along Link Rd to go over the railway line into Bradfield Rd and onto the Lyngate Industrial estate. The report’s authors said this was essential if the increased traffic from the new housing development was to be diverted from the town centre as well as take away traffic more generally from residential streets. Further work on what is involved with this extension is to be commissioned by the District Council. It is a major step forward as a persuasive case for funding for this extension can now be made.

More information including the highways study can be found on the NNDC website.

In addition planning officers are working closely with North Walsham Town Council, Regenerate North Walsham and North Walsham's district councillors to draw up a high quality development brief to guide the Western Extension development over the longer term. This will ensure first class design, high environmental standards and ensure connectivity between the new development and the existing town.