It’s doubtless that these unprecedented times are placing a huge burden on our society and will have a lasting impact on our lives.

But will the changes we’ve seen have an impact on our politics when normality starts to resume?  This is something the new leader of the Liberal Democrats in Norfolk, Steffan Aquarone, believes could be a positive legacy of the crisis: 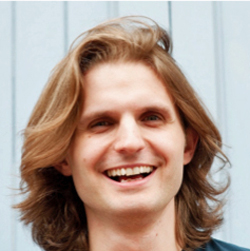 “Across Norfolk, tens of thousands of people have carried out millions of acts of kindness in the last few weeks.  This says some powerfully positive things about our society.

“Likewise the difference in tone from political leaders around the world says a lot about how they view people and society.  It also reveals a vast difference in preparedness, competence and leadership capability – just look at New Zealand.”

The effects of Coronavirus have varied around the world. New Zealand’s prime minister Jacinda Ardern acted quickly, took a 20% pay cut to show solidarity with the public, and has been widely praised for her clear and empathetic communication style.  The combination of these measures means they are set to start to lift their lockdown in a week’s time, after only nine albeit tragic deaths, as a step towards a goal of total eradication of the disease.

“When this is over we will have some serious questions to ask” says Dan Roper, who returns to political leadership as deputy leader of the group alongside Cllr Aquarone.  “These questions won’t just be about what could have been done better and what the true cost has been – but what do we want from the future of our society given that we’ve just seen so much compassion, authenticity, and respect all around us.

“Until then we will continue to work critically but constructively with the conservatives at County Hall, and all the officers who are working hard to do what they can with what we have here in Norfolk.”

Steffan Aquarone and Dan Roper were both elected without opposition as leader and deputy leader, with Eaton County Councillor Brian Watkins taking on chair of the group.

“If compassion and kindness are the true values of our society,” says Aquarone, “then we need a new kind of politics that can support and encourage them, and a new kind of leadership capable of working with them as its guiding principles.”

It is the new leadership’s intention to run the group in a joint way, with workload divided to best fit skills.  Outgoing leader Ed Maxfield said “‘Following a recent decision not to stand for re-election to the County Council next year I have decided to stand down as Lib Dem group leader. It’s a huge privilege to represent the people of Mundesley division and I am looking forward to carrying on doing that to the best of my ability in this challenging time.”