Local Liberal Democrats have criticised North Norfolk MP Duncan Baker for u-turning on his opposition to fracking; a pledge he made ahead of the last General Election. 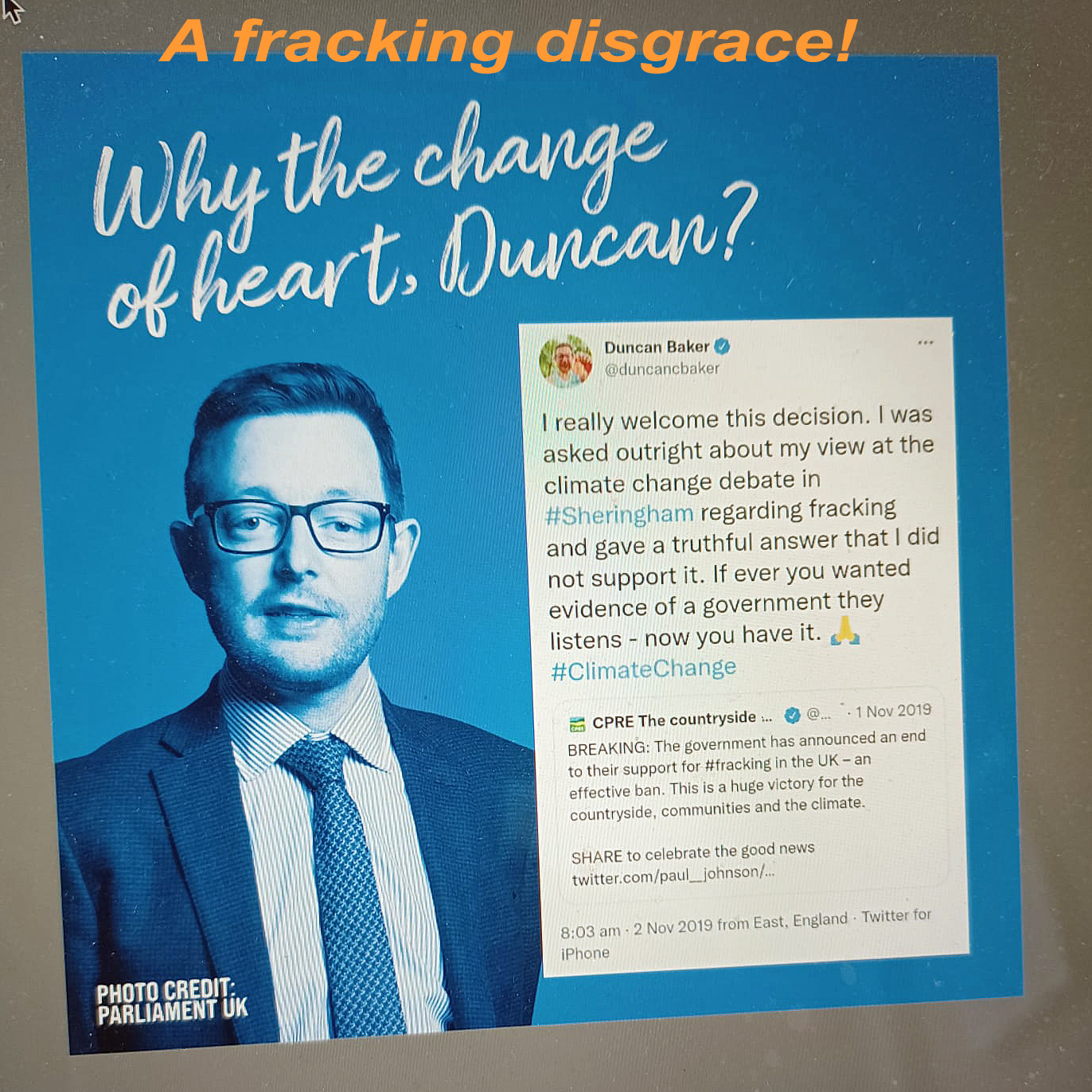 Mr Baker voted against a motion seeking to continue the ban on fracking, and voted in support of an amendment allowing fracking to recommence, in Parliament this evening.

An all-out fracking ban was confirmed by the government in the run-up to the 2019 General Election and was a manifesto pledge. In November 2019, Mr Baker tweeted that he “did not support [fracking]”, and told residents at a hustings in Sheringham the same.

Mr Baker has been criticised by his Liberal Democrat opponent in the next General Election, Steffan Aquarone, who accused him of putting his chaotic party ahead of voters yet again this evening. Steffan has spoken out against the Government’s fracking plans, and supports the Liberal Democrat policy of a continuation of the all-out ban.

“Voters took Duncan Baker at face value when he told them that he was opposed to fracking. He has shamefully let them down by breaking his promise this evening. When it comes to making the tough calls, time and again Mr Baker has been getting it terribly wrong.

“Resorting to unsafe fracking while continuing a moratorium on onshore wind, and considering one for solar farms, is a completely mind-boggling approach from the Conservative government. We need to ensure energy security for Britain, and that must come from a bold increase in renewable energy investment.

“While we are becoming used to Conservative u-turns, such a crucial pledge made directly to North Norfolk residents being broken is not good enough. They deserve far better than being taken for granted by this Conservative MP.

“If Mr Baker wants to u-turn on his manifesto pledges, then he should support my call for a General Election, and see whether communities across North Norfolk still have confidence in him to represent them”.

Information on tonight’s votes can be found here: https://votes.parliament.uk/Votes/Commons/Division/1372