“Leaving the EU we will be worse off, and without valuable freedoms and partners in an increasingly dangerous world” Lib Dem Leader Sir Vince Cable warned a packed public meeting in North Walsham last night". 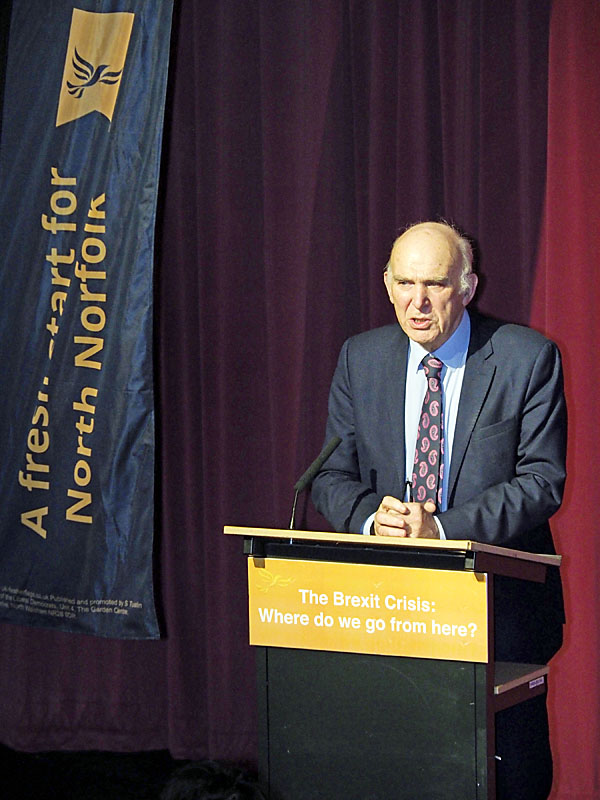 “’No deal’ is unworkable with unenforceable WTO rules. Theresa May’s Deal would leave us with two more years of highly unsatisfactory dithering while her deal is negotiated. This is why the Lib Dems are calling for a final vote on Brexit, with the option to remain in Europe.”

The party leader was speaking about the Brexit crisis alongside North Norfolk MP Norman Lamb at The Atrium Arts Centre in North Walsham. Both MPs commented on the negative nature of the Brexit debate so far, creating divisions between different age groups and geographical areas. They agreed the way forward involved finding places to compromise, and cross-party working for consensus. “We have some responsibility to manage these differences and engage in a civilized way” said Cable, applauding Norman’s “very useful style of listening and seeking compromise”.

The meeting was held during a visit to North Norfolk by the Lib Dem leader with his wife Rachel. Earlier they attended a rally for party members and supporters at Paston College, North Walsham, launching the May 2nd local election campaign, an event observed by A Level politics students at the college.

“Vince Cable was really inspiring”, commented 17-year-old Paston student Nathan Wallace. “He’s a staple of British politics, and having him come into our community and engage with us is fantastic. I’d like to get involved with politics myself.” 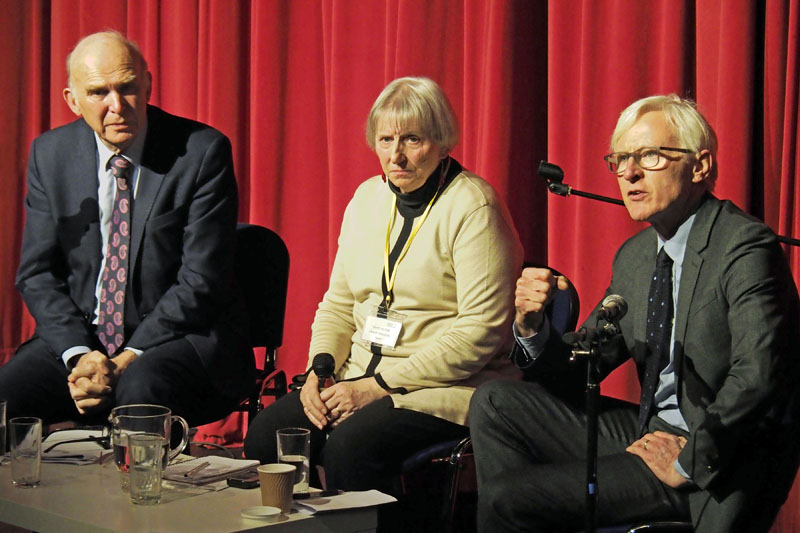 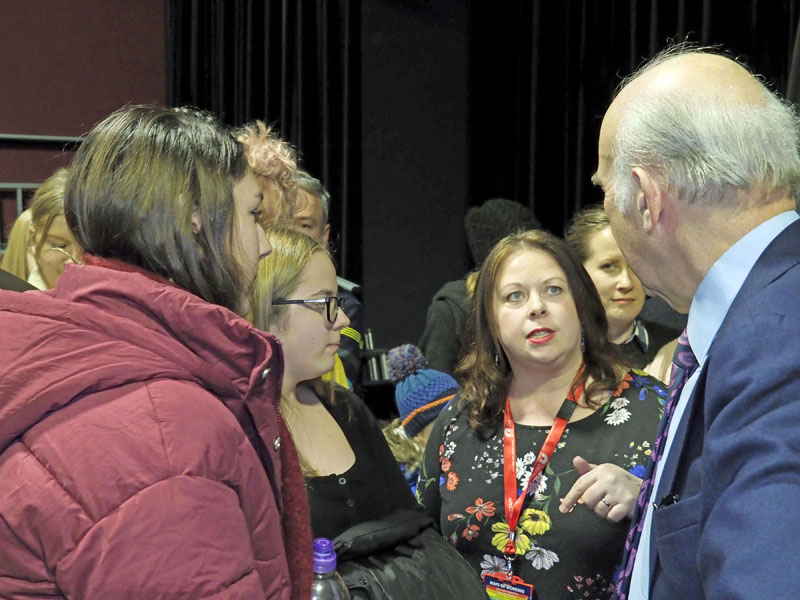