Liberal Democrats won a sweeping victory in the North Norfolk District Council Elections on 2nd May, gaining 30 seats to take full control of the Council. 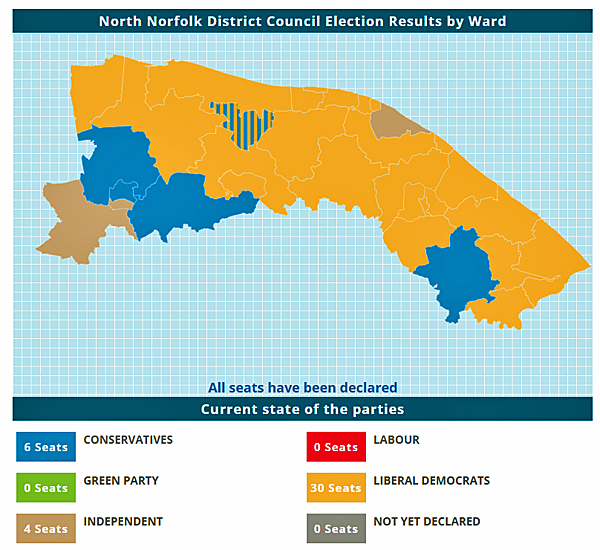 The count, held at North Walsham High School sports hall, is a dramatic contrast to the previous local election in 2015, when the Conservatives achieved 33 seats (in a council of 48). Recent defections by Tory councillors reduced their majority to the point where the Lib Dems took control of the council in November 2018. But the new vote now gives them a comfortable overall majority.

Sarah Butikofer, Lib Dem group leader, described the election result as “fantastic”, adding, “We thought we'd do well but we never in our wildest dreams thought it would be this good.”

The election results reflect a national swing, which has seen the Lib Dems gain control of 10 councils, while both Conservatives and Labour lost seats to the Lib Dems amid growing frustration with the government’s handling of Brexit. 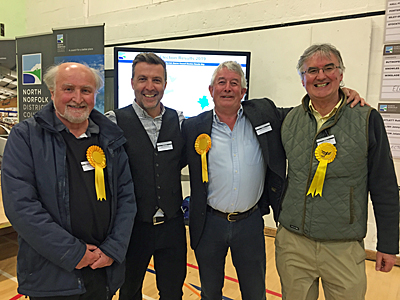